Shay Carl Butler (born March 5, 1980), known professionally as Shay Carl, is an American vlogger, author and YouTube personality. Butler has three YouTube channels, two of which ("shaycarl" and "SHAYTARDS") have over three million subscribers. Butler and Corey Vidal developed a documentary called Vlogumentary on a $200,000+ budget that was funded with an Indiegogo campaign and raised by mostly his viewers. Vlogumentary was released on April 20, 2016. Forbes called Butler one of the "most successful video entrepreneurs on YouTube" and in 2011 The New York Times featured Butler's production company Maker Studios.

Shay Carl Butler was born on March 5, 1980, in Logan, Utah to Carl and Laurie Butler. Butler is the oldest of four children. His siblings Casey, Carlie, and Logan are all active in the YouTube community. Casey Butler (caseylavere) is married to Kayli Butler (HeyKayli). Carlie Wood (CarlieStylez and WhatsUpWoods) Each have over 500,000 subscribers on their YouTube channels, while Logan Butler (LoganMckay55), has just under 400,000. At the age of four, Butler's family moved to Phoenix, Arizona, where his father attended school for electrical engineering. After his father graduated, the family moved to Pocatello, Idaho. After graduating from high school, Butler served a full-time, two year mission in Barbados, Trinidad and Guyana for The Church of Jesus Christ of Latter-day Saints. He briefly attended Idaho State University, but dropped out to start working on his own. Prior to appearing on YouTube, Butler installed granite countertops for a living and worked as a school bus driver. He also worked as a radio DJ for Z103.

Butler became more popular on YouTube after Philip DeFranco watched one of his videos and gave him a shout-out. The shout-out resulted in a rise of Butler's subscribers and a friendship with DeFranco. By working with other YouTubers at The Station, Butler more than quadrupled his subscribers. Butler later joined the YouTube Partner Program and co-founded Maker Studios. In November 2009, he collaborated with Midi Mafia to create a flash mob at Planet Hollywood in Las Vegas. In 2009, Butler's "SHAYTARDS" channel won "Best YouTube Channel or Personality" at Mashable's 3rd annual Open Web Awards. In 2013, the same channel was one of the nominees in the "Best Non-Fiction or Reality Series" category of the 3rd Streamy Awards. Butler and his wife, Colette, run a podcast called "When the Kids Go to Sleep", where they interview YouTubers and celebrities such as Terry Crews and Bas Rutten. In February 2013, actor Matt Damon made a guest appearance in one of Butler's vlogs after he and Damon had collaborated on a video to promote a Water.org project.

In 2014 the Shay Carl YouTube channel was listed on New Media Rockstars Top 100 Channels, ranked at #31.

On September 28 2016, Butler announced that he will suspend the Shaytards YouTube channel for one year beginning on March 5, 2017, which is the day he would celebrate his 37th birthday.

Butler married Colette in January of 2003. The couple has five children: Gavin, Avia, Emmi, Brock, and Daxton. His family is known as the "Shaytards" and as "YouTube's first family". Butler stated that much of his children's lives have been recorded and distributed in public. Butler's fourth child, Brock, has been noted as the internet's "first Truman baby" as his life has been documented since birth. His third child, Emmi, was featured on the front cover of James Blunt's album Some Kind of Trouble. Butler's second child, Avia, released the song "Forever Love" on June 21, 2014.

In 2014, Butler bought a property extending 1000-acres in Pocatello, Idaho. In 2016, he purchased the nearby Pebble Creek Ski Area in Inkom, Idaho.

Butler lost 112 lbs (50.8 kg) in the space of a year and subsequently ran three marathons, one of which he ran with motivational speaker Dave Ramsey, with whom he is good friends. Butler documented his weight loss journey on his "ShayLoss" channel.

Butler has two YouTube channels. His "shaycarl" and "SHAYTARDS" channels have over one million and four million subscribers, respectively. For his "shaycarl" channel, Butler frequently works with celebrities such as retired basketball player Charles Barkley and retired mixed martial artist Bas Rutten.

Butler originally moved out to Los Angeles in 2009 to form the company Maker Studios, along with friends and fellow YouTubers Lisa and Ben Donovan, Dan Zappin, Philip DeFranco and Kassem Gharaibeh. Maker's programming is divided into four networks: "Men", "Women", "Family", and "Entertainment". These four networks include "The Mom's View", which Butler's wife, Colette, appears on regularly as a part of the weekly "Mom's View Talk Show". Maker Studios was sold to The Walt Disney Company for $500 million on March 24, 2014. During its 25th season, America's Funniest Home Videos, whose YouTube channels are being managed by Maker Studios since January 2014, will promote its brand via two web series, one of which will be created by Butler.

Butler has also done voice acting work for Cartoonium's Shaybeard online cartoon series, which features Butler as a Viking. He also co-starred in a public service announcement of the Adopt the Arts Foundation. 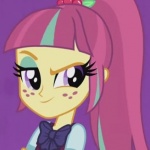